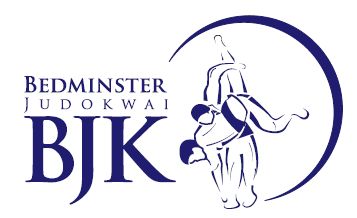 On 10th April 2011 we entered 8 teams into the above competition.  This is the first team competition othe rthan the Western Area teams that we have entered as a county.

All players fought extremely well and we won a total of 6 bronze medals and 1 gold, with 1 team narrowly missing out on bronze to end up 5th.

The atmosphere was electrifying and all feed back has been positive and good.

If anyone else has any further comments or suggestions, please let me know.

The Inaugural Wesport Schools Challenge Judo Shield took place on Saturday 12th February, hosted by Bristol Judo Club at their Dojo at The Park in Knowle.

Just under 100 children from 10 schools across the Wesport partnership took part in the event, organised by Wesport’s Inclusion Coach John Wheeldon.

John, who coaches just over 200 children at schools across Wesport, said “to get players from the comfort of their school hall to a competition is always a huge hurdle. This is why I suggested that we host a schools only competition; I am overwhelmed at the numbers who have attended, especially the number of girls”. 27 of the players attending were girls, which is a very high number to have at a Judo competition, locally or Nationally; British Judo are currently running a programme to recruit more Women & Girls in to Judo.

All the children were split by weights; points were given for each medal achieved, Gold 3 points, Silver 2 points, bronze 1 point. The final scores were close, with the winning school being Hanham Abbots, who entered 19 players, winning a total of 26 points! They were closely followed by The Meadows, who entered 13 players with 23 points. Stoke Lodge who entered 14 players followed in third with 19 points. Other schools who took part were Backwell Juniors, Four Acres, St. Michael’s Stoke Gifford, Summerhill, Court De Wyck, Tickenham and St. Martins.

Hanham Abbots were presented with the Shield, which they will hold until the next competition, after the success of the event will hopefully be in the Summer.

The event was officiated by Bristol officials, Head Referee Natasha Maslen, 17, who attends Gordano School 6th form headed a team of Junior officials from Abbeywood Community school, Ashton Park school, Bedminster Down, St Mary Redcliffe 6th form and City of Bristol College. Wesport Inclusion officer, Alison Finn commented “As it was a Schools event, we wanted to use as many Junior officials as possible. All the young officials, who are all judo players themselves, were very professional and made the players feel at ease”. Special thanks to Derek Johnson, 2010 Hayler Trophy winner, for refereeing and supporting the Young referees.

Paul Taylor, Bristol County Chair and one of the Adult officials overseeing the Competition remarked “It has been a fantastic event to be part of. Hopefully not only will all the players carry on in schools, but now they have caught the Competition bug, they will go on to take part in judo at their local clubs, details of which can be found on the Bristol County Judo Website”

Big thank you and well done

I would just like to say well done to all Bristol players who competed over the weekend at Bedminster Mini-Mon and Open, there was some excellent judo.  Full results will be posted soon

Also a thank you to all Bristol officials and parents who helped out and made the weekend a huge success.

A very big thank you to all Bedminster parents who helped over the weekend.  All feed back so far is positive and everyone had a good time.

Finally well done to all my players who fought well over the two days for some it was there first competition at this level.

The following was posted on the BJA Forum's by someone who was in attendance at Bedminster Mini-Mon on Saturday 5th JUne:

"Was at the Bedminster mini mon 5/6/10, There was a young referee there who I thought was quite good but the funny part of the day was when he held to his own opinion of a score despite a very senior referee giving him the eyes.

Well done to all junior referees.